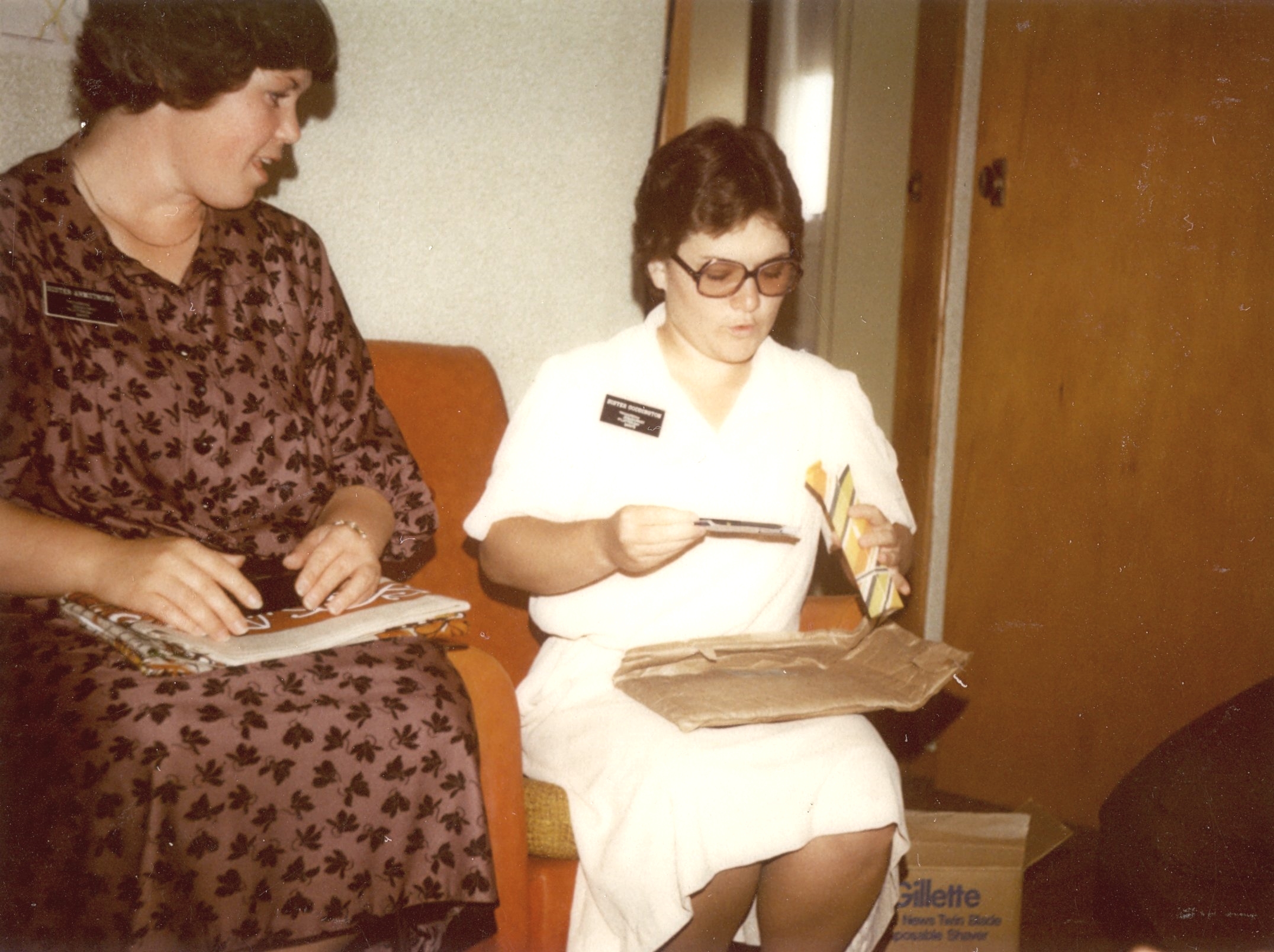 Christmas in New Zealand for a young man from the mid-western United States wasn’t easy.  A Missionary Christmas is often awkward without family and loved ones around, but being in the middle of summer made it even more difficult.  It was hard to catch the spirit of Christmas.

There was the box of gifts from home that helped, and the Christmas decorations around town added a little spirit.  But it just didn’t seem like Christmas.

On a warm Sunday evening, December 21, 1980 to be exact, the missionaries in our area were invited by some of the members to a Christmas program.  We rode from Waitara to New Plymouth with Fred and Judith Poutu and met the missionaries, who were serving in New Plymouth, at the park.  Each of us were handed a candle and, as missionaries and members, we sat together on a hill side overlooking the stage.  The area was filled with people, all with candles sitting around on the hill side.  At dark the program began with music and Christmas carols sung by those in attendance.  The candles glowed, and it seemed we were surrounded entirely by stars, in the sky and all around.  It was beautiful, peaceful, and filled with spirit.  The wax from my candle dripped on my program and is, to this day, a valued item in a missionary scrapbook.

The next night we were again invited to New Plymouth were we were entertained by the Benjamin family.  We had a wonderful meal and a Christmas Family Home Evening.  Each missionary received a small gift.  Mine was a set of handkerchiefs, and we felt the joy of fellowship.  We spent Christmas Eve day wishing our members a Merry Christmas and then prepared for a Christmas evening with the other missionaries in our area.  The Zone Leaders had arranged for us to all stay in New Plymouth and spend Christmas eve and morning together.  The Christmas Eve didn’t quite go as planned, as Elder Shephard arrived late and all bandaged up from a bike accident.  He had caught the tire of his bike in a storm drain cover and rolled his bike resulting in a broken collar bone.  The ten missionaries in the zone had drawn names, and a tree had been bought and set up in the Elders’ flat.  Christmas morning the missionaries in the area, including the Sisters, arrived at the flat, and we spent some time opening gifts from each other.  The breakfast of french toast added to the morning.  It is a wonderful memory.

My companion and I then returned to our own area and enjoyed a holiday feast with the McDonald family.  It was my first Hungi, and I must admit it was a fine tasting meal.  This Elder definitely over ate.  The McDonalds were wonderful to us and treated us as part of the family.  It was a wonderful day.

The call home came the next day, as New Zealand is nearly a day a head with the time zones.  It was still Christmas day in the States, and of course, I got to talk to the entire family.  Nauvoo was cold–minus 15, two inches of snow, and the Mississippi River was frozen solid.  It was a beautiful summer day in New Zealand with a little rain.

My second Christmas in New Zealand was a little different.  I was serving in Wellington, and we were invited to Christmas lunch at the Katialie home.   It was a wonderful meal and afterwards there were presents to open.  They made us part of their family, and we both received a small gift—a set of handkerchiefs.   We played some games with family members and then they gave us a ride to the chapel.  All the missionaries in Wellington gathered together, and after practicing a few Christmas songs, spent the evening caroling at an old folks home on Taranaki Street and at the hospital.

My companion and I were struggling in our relationship and were just not friends.  It made for a somewhat difficult day.  I wrote in my journal that night, “The highlight was definitely the Katialies, but it didn’t turn out as bad as I thought it would, being so far from home, and with a crazy man for a comp.  The important thing is what Christmas is.  I set down and read Luke 2.  I forgot about the worldly aspects and remembered what it was all about—love and Jesus Christ.  It was a good feeling.”  I called home the next day and Nauvoo wasn’t as cold as the year before but they did have four inches of snow on the ground—it was still summer in New Zealand.

As we approach the Christmas season and run here to there buying gifts and seeing family and friends, let’s each take a moment to remember our missionaries.  A simple Christmas card or a small gift sent to those serving from your ward or branch would bring a smile and peace to those missionaries as they realize they are not forgotten.  If you have missionaries in your area, make sure they are cared for on this day for families.  Invite them into your home and into your hearts.  I will never forget the McDonald and the Katialie families and their willingness to share their family on Christmas day.

I remember a story of a young married couple away from home on the first Christmas night.  “And so it was, that, while they were there, the days were accomplished that she should be delivered.  And she brought forth her first born son, and wrapped him in swaddling clothes, and laid him in a manger; because there was no room for them in the inn” (Luke 2:6-7).