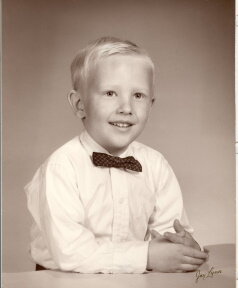 Recent events in the world today have reminded me of feelings and events from my childhood. As the world inches toward a possible new cold war with Russia or China and as economic and political turmoil expands around the world, the stresses in our life seem to be growing with them. And yet we have known difficult times would be part of our life, and we have been warned, through the scriptures and living prophets, that this would be the way the world would be in the last days. President Marion G. Romney stated over forty years ago, \”Latter-day Saints know that this earth will never again, during its telestial existence, be free from civil disturbance and war\” (Improvement Era, June 1967, p. 77).

As a small child being raised in the 1960\’s, I have some distinct memories of that time and place in history. There was the cold war, with its walls and curtains, and the Vietnam War, with its protests and images. The rebellion and lack of respect for authority expressing itself in the music, drugs, and riots. There was the civil rights, women\’s rights, worker\’s rights, sexual revolution, political revolution, and communist revolution around the world. All the earth seemed in turmoil during those times, especially to a young child.

I remember a vivid dream I had when I must have been about ten or eleven years old. I was on a corner of a street hiding behind a high embankment wall about eight to ten feet tall with bushes at the top. As I cautiously looked around the corner, I looked towards the top of the wall and saw a trickle of blood that ran down the wall, across the sidewalk, into the gutter, and down the road. The dream was in vibrant color, and it is one dream I have never forgotten.

I had a large teddy bear as a child. I remember curling up into as tight a ball as I could and hiding under the covers behind my bear. That way if anyone, in particular an \”enemy soldier,\” came into my room looking for me, they would just see the bear in the bed and say, \”no one is here; it is just a teddy bear,\” and move on. Images of the Red Star, of military parades through Red Square, the Forbidden City, and stern faced leaders, filled the mind of a fearful child.

In my childhood memory, I am watching the news and seeing Walter Cronkite talking about Vietnam-the first televised war. Behind him was a box with the number of casualties for the week and the total number of war dead in the thousands. Pictures of riots and protests made for a perplexing view of the days events for a child. I remember my \”Weekly Reader\” in first grade with a full page photo of Martin Luther King, Jr. in remembrance of his death. In my mind I remember watching the funeral of Dr. King and thinking it strange to hear a recording of a man\’s voice at his funeral. I remember the death of Robert Kennedy and the image of the horse with the boots backwards in the stirrups. Death and destruction seemed to be everywhere. Television was changing the way we looked at the world and how we looked at ourselves. It was a powerful and fear-driven time.

In contrast to the world, my home provided a place of refuge. While the television brought into our home the events of the day, it also brought in Red Skelton, the Waltons, Hogan\’s Heroes, and later the Brady Bunch and Gilligan\’s Island. But perhaps most important, my home is where I learned the gospel of Jesus Christ. Family Home Evenings were held, as was family prayer. My parents, while not perfect, aspired to live the gospel and teach their children its truths. The fear of the world was tempered by the teachings of the Lord.

President Ezra Taft Benson taught, \”In the Book of Mormon we find a pattern for preparing for the Second Coming. A major portion of the book centers on the few decades just prior to Christ\’s coming to America. By careful study of that time period, we can determine why some were destroyed in the terrible judgments that preceded His coming and what brought others to stand at the temple in the land of Bountiful and thrust their hands into the wounds of His hands and feet. From the Book of Mormon we learn how disciples of Christ live in times of war\” (A Witness and a Warning: A Modern Day Prophet Testifies of the Book of Mormon, p. 20-21).

From the Book of Mormon we learn that war should only be fought in protection of \”their homes and their liberties, their wives and their children, and their all, yea, for their rites of worship and their church\” (Alma 43:45) and never be \”guilty of the first offense\” (Alma 43:46). We learn that \”God will support, and keep, and preserve us, so long as we are faithful unto him, and unto our faith, and our religion\” (Alma 44:4) and these things are worth fighting for because \”we owe all our happiness\” (Alma 44:5) to them. We learn war can cause \”little dissensions and disturbances\” (Alma 45:21) and that pride and \”exceedingly great riches\” (Alma 45:24) can cause people to refuse to listen to the prophet and teachings of the Gospel. (Alma 45:23-24.)

The Gospel moves forward, even in times of difficulty, and a strong leader can make a difference-and thus, each of us can stand with courage for that which is right and make a difference around us. For if each of us were \”like unto Moroni,\” and Ammon and his brethren and Alma and his sons, \”the very powers of hell would have been shaken forever\” (Alma 48:17-18). While war and upheaval may surround us, the hope of the Gospel of Jesus Christ can bring peace to our souls as the Book of Mormon teaches that even during difficult times, \”there never was a happier time among the people of Nephi . . . than in the days of Moroni\” (Alma 50:23).

We also learn that \”because of iniquity amongst themselves, yea, because of dissensions and intrigue among themselves they were placed in the most dangerous circumstances\” (Alma 53:9). We also learn that young people raised in homes by righteous parents, taught to be obedient and \”to keep the commandments of God and to walk uprightly before him\” (Alma 53:21), can save a weakened nation. We learn that even in death, the righteous who fight and who \”have died in the cause of their country and of their God, yea, and they are happy\” (Alma 56:11).

We learn that even the righteous may die \”that his justice and judgment may come upon the wicked; therefore ye need not suppose that the righteous are lost because they are slain; but behold, they do enter into the rest of the Lord their God\” (Alma 60:13). We learn that by trusting in God he will \”visit us with assurances . . . he did speak peace to our souls, and did grant unto us great faith, and did cause us that we should hope for our deliverance in him\” (Alma 58:11).

Courage is defined, in a gospel sense, as trusting in the Lord. A testimony of Jesus Christ and his Atonement is the true source of courage during the days of difficulty before the Second Coming of the Lord. It was difficult for me as a child to have courage when there was so much in the world to be afraid of. It seemed I had a natural tendency towards fear, like many children, and struggled with fear in many aspects of my life. But, as my testimony of the Gospel of Jesus Christ grew and I learned to love the stories in the Book of Mormon, Alma and others taught me that complete and stifling fear has no place in the gospel of Jesus Christ.

As I have grown older, I have learned that true faith and courage encompasses all aspects of our lives. If I truly trust in the Lord, I will have true courage. I will not give up hope, but work for a better day. If someone points a gun at me, I shall not fear. I will stand up to those who mock or make afraid. Prison, while dreaded, holds no fear. Death is a doorway to a greater existence, not to be feared, but looked forward to. In life, or in death, a knowledge and testimony of the Gospel can truly make us free from the troubles of life in the Last Days. Captain Moroni, Helaman and his Stripling Warriors, Ammon and Alma, become fellow warriors in the difficult battles of life as we show true faith, trust, and courage.

In prophesying about the last days and the coming forth of Zion, Isaiah declared, \”Fear not; for thou shalt not be ashamed . . . for thy Maker is thine husband; the Lord of hosts is his name; and thy Redeemer the Holy One of Israel\” (Isaiah 54:4-5). \”O thou afflicted, tossed with tempest, and not comforted, behold, I will lay thy stones with fair colours, and lay thy foundations with sapphires. . . . In righteousness shalt thou be established: thou shalt be far from oppression; for thou shalt not fear. . . . No weapon that is formed against thee shall prosper . . . This is the heritage of the servants of the Lord,\” (Isaiah 54:11, 14, 17).

While the world is filled with violence, commotion, and unrest, we will only find true peace and security in the kingdom of God-the gospel of Jesus Christ. As a ship on the ocean troubled by storms and opposition seeks for a light to guide it safely to shore, so the gospel of Jesus Christ will guide us home. Courage to face each new day with hope, happiness, and gratitude, with motivation in the right direction, comes from our trust in the Lord. The work of the Gospel continued during the difficult times recorded in the Book of Mormon. Should we not follow their example, and as the Prophet Joseph wrote, \”Shall we not go on in so great a cause? Go forward and not backward. Courage, brethren; and on, on to the victory!\” (Doctrine and Covenants 128:22). May each of us learn from the Book of Mormon \”how disciples of Christ live in times of war.\”

May each of us personally fulfill the prophecy of Isaiah in our homes and families when he proclaimed, \”And all thy children shall be taught of the Lord; and great shall be the peace of thy children\” (Isaiah 54:13).