Our Heavenly Father’s Hand in the Affairs of Nations 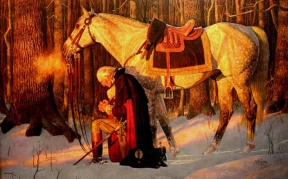 The history of the nations of the world, from the beginning of time, has been influenced by the righteousness of the people and the hand of the Lord. Nations rise and fall, flourish and perish, as the Lord directs. If a sparrow cannot fall without his knowing, can a nation of people expect to live independent of the Lord and His influence?

When the Lord brought the people of Israel out of Egypt, He made them a nation and gave them a government of laws and leaders. Under the voice of the Spirit, Jethro counsels Moses, saying, “And thou shalt teach them ordinances and laws, and shalt shew them the way wherein they must walk, and the work that they must do. Moreover thou shalt provide out of all the people able men, such as fear God, men of truth, hating covetousness; and place such over them, to be rulers of thousands, and rulers of hundreds, rulers of fifties, and rulers of tens” (Exodus 18:20-21). Shortly thereafter, the Lord called unto Moses, saying, “Now therefore, if ye will obey my voice indeed, and keep my covenant, then ye shall be a peculiar treasure unto me above all people: for all the earth is mine: and ye shall be unto me a kingdom of priests, and an holy nation” (Exodus 19:5-6).

To the people of Lehi He declared that if they “keep my commandments, they shall prosper in the land of promise” (2 Nephi 4:14), but if not, “they should be swept off when the fulness of his wrath should come upon them” (Ether 2:8). Two nations whose records are contained in the Book of Mormon add to the Biblical witness that when a nation stops worshiping the true and living God, destruction comes.

The promise was given that in the last days a new nation would arise and become a fertile soil for the restoration of the Gospel of Jesus Christ. The Book of Mormon states that “the Spirit of God” (1 Nephi 13) would strive with man and lead him in the development of this new land, a land that would be established by the Lord, “exalted above the hills; and all nations shall flow unto it” (Isaiah 2:2). That from out of this land would come Zion, “and many people shall go and say, Come ye, and let us go up to the mountain of the LORD, to the house of the God of Jacob; and he will teach us of his ways, and we will walk in his paths” (Isaiah 2:3).

Elder Orson Hyde declared at a July 4th celebration held in 1854, that the Lord did in fact guide the founding of the United States as a nation. That “in those early and perilous times, our men were few, and our resources limited. . . . yet our arms were successful; and it may not be amiss to ask here, by whose power victory so often perched on our banner? It was by the agency of that same angel of God that appeared unto Joseph Smith. . . . This same angel presides over the destinies of America, and feels a lively interest in all our doings. He was in the camp of Washington; and, by an invisible hand, led on our fathers to conquest and victory; and all this to open and prepare the way for the Church and Kingdom of God to be established on the western hemisphere, for the redemption of Israel and the salvation of the world.

“This same angel was with Columbus, and gave him deep impressions, by dreams and by visions, respecting this New World. . . . the angel of God helped him—was with him on the stormy deep, calmed the troubled elements, and guided his frail vessel to the desired haven. Under the guardianship of this same angel, or Prince of America, have the United States grown, increased, and flourished, like the sturdy oak by the rivers of water” (Journal of Discourses, 6:368).

Since the successful founding of the American Republic some two hundred years ago, the idea of freedom and rights has expanded across the globe. The Lord declares, “And that law of the land which is constitutional, supporting that principle of freedom in maintaining rights and privileges, belongs to all mankind . . . Therefore, I, the Lord, justify you, and your brethren of my church, in befriending that law which is the constitutional law of the land” (Doctrine and Covenants 98:5-6).

As nations embrace the concepts of constitutional law and freedoms, the Gospel of Jesus Christ is planted as a small mustered seed. As nations break the bands of political and religious bondage, the Church patiently begins to reach out to families to teach them the ways of the Lord. They are invited to return to the house of Israel and claim the promises of the Lord. And the nations are blessed because of the righteousness of its people. (Proverbs 14:34).

President Gordon B. Hinckley declared, “It was said that at one time the sun never set on the British Empire. That empire has now been diminished. But it is true that the sun never sets on this work of the Lord as it is touching the lives of people across the earth. And this is only the beginning. We have scarcely scratched the surface. Our work knows no boundaries. Under the providence of the Lord it will continue. Those nations now closed to us will someday be open. That is my faith. That is my belief. That is my testimony” (Ensign, November 2003, p. 7).

President Hinckley has also stated: “Humanism has replaced worship in the lives of so very many. We are forsaking the Almighty, and I fear He is forsaking us. We are closing the door against the God whose sons and daughters we are” (The Spirit of America, p. 156).

As this nation, and others around the world, turn their backs on the Lord and his commandments, the Gospel will continue to grow and flourish under the protection and influence of the Spirit of the Lord. As the nations turn from worshiping the Lord God, the promises made to Moses will turn to cursings. From out of the decaying promised land is rising a new Zion, established in the tops of the mountains, declaring the Lord is God. His ways are just. Come and learn of the Lord. “And they shall beat their swords into plowshares, and their spears into pruninghooks: nation shall not lift up sword against nation, neither shall they learn war any more” (Isaiah 2:4).