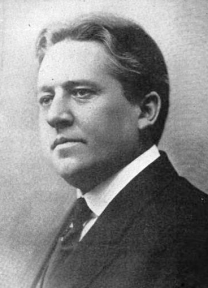 Elder Melvin J. Ballard, an apostle from 1919 until his death in 1939, described an experience of being in the Lord\’s presence during a dream: \”I found myself one evening in the dreams of the night in that sacred building, the temple.  After a season of prayer and rejoicing I was informed that I should have the privilege of entering into one of those rooms, to meet a glorious Personage, and, as I entered the door, I saw, seated on a raised platform, the most glorious Being my eyes ever have beheld or that I ever conceived existed in all the eternal worlds.  As I approached to be introduced, he arose and stepped towards me with extended arms, and he smiled as he softly spoke my name.  If I shall live to be a million years old, I shall never forget that smile.  He took me into his arms and kissed me, pressed me to his bosom, and blessed me, until the marrow of my bones seemed to melt!  When he had finished, I fell at his feet, and, as I bathed them with my tears and kisses, I saw the prints of the nails in the feet of the Redeemer of the world.  The feeling that I had in the presence of him who hath all things in his hands, to have his love, his affection, and his blessing was such that if I ever can receive that of which I had but a foretaste, I would give all that I am, all that I ever hope to be, to feel what I then felt! (Sermons and Missionary Services of Melvin Joseph Ballard, p. 156).

Elder Ballard experienced the peace and joy that comes from entering into the presence of the Lord.  Each of us has the opportunity to so live that we may experience, in this life or the next, the same peace and joy that Elder Ballard experienced.  Alma, in his great discourse to the people of Ammonihah, cries out, \”There were many, exceedingly great many, who were made pure and entered into the rest of the Lord their God. And now, my brethren, I would that ye should humble yourselves before God, and bring forth fruit meet for repentance, that ye may also enter into that rest\” (Alma 13:12-13).

\”Melchizedek was a king over the land of Salem\” (Alma 13:17).  As a child \”he feared God, and stopped the mouths of lions, and quenched the violence of fire\” (JST Genesis 14:26).  As a young man, he helped his father, Noah, build the ark and was known by his name Shem. (Times and Seasons, Vol. 5, p. 746).  \”Having been approved of God, he was ordained as high priest after the order of the covenant which God made with Enoch, It being after the order of the Son of God\” (JST Genesis 14:27-28).  As the children of Noah spread forth across the earth after the flood, Shem was made \”king of Salem; and he did reign under his father\” (Alma 13:18).  Over time, Satan once again began to grab hold of the hearts of men, \”and his people had waxed strong in iniquity and abomination; yea, they had all gone astray; they were full of all manner of wickedness\” (Alma 13:17).

Shem, or Melchizedek, knowing that true understanding of the plan of salvation was the only way to bring peace and joy to his people, \”did preach repentance unto his people\” (Alma 13:18), and he did administer \”these ordinances . . . after this manner, that thereby the people might look forward on the Son of God, it being a type of his order . . . and this that they might look forward to him for a remission of their sins, that they might enter into the rest of the Lord\” (Alma 13:16).

Melchizedek, was successful in bringing his people to the Lord, and he \”did establish peace in the land in his days; therefore he was called the prince of peace\” (Alma 13:18).  \”And now Melchizedek was a priest of this order; therefore he obtained peace in Salem, and was called the Prince of peace.  And his people wrought righteousness, and obtained heaven, and sought for the city of Enoch which God had before taken\” (JST Genesis 14:33-34).

Just as Melchizedek brought peace and joy to his people through a knowledge of the plan of salvation and the Savior, rest or peace can come into our lives through the same process.  When we come to a full knowledge and testimony of our Heavenly Father\’s plan and purpose, we come to understand through the Spirit the love of the Father and \”enter into his rest.\”

Elder Jay E. Jensen taught, \”If we can help people first understand the plan, they will find a deeper and more permanent motivation to keep the commandments. . . . When we understand the great plan of happiness, we are gaining an eternal perspective, and the commandments, ordinances, covenants, and the experiences, trials, and tribulations can be seen in their true and eternal light\” (Ensign, May 2000, p. 27).

President Joseph F. Smith stated, \”The rest here referred to is not physical rest, for there is no such thing as physical rest in the Church of Jesus Christ.  Reference is made to the spiritual rest and peace which are born from a settled conviction of the truth in the minds of men.  We may thus enter into the rest of the Lord today, by coming to an understanding of the truths of the gospel.  No people is more entitled to this rest-this peace of the spirit-than are members of the Church. . . . he will provide spiritual contentment, a rest which is incomparable with the physical rest that cometh after toil.  All who seek have a right to, and may enter into, the rest of God, here upon the earth, from this time forth, now, today; and when earth-life is finished, they shall also enjoy his rest in heaven\” (Gospel Doctrine, p. 126-127).

Alma added his testimony of how to enter into the rest of the Lord.  \”I wish from the inmost part of my heart, yea, with great anxiety even unto pain, that ye would harken unto my words, and cast off your sins, and not procrastinate the day of your repentance; But that ye would humble yourselves before the Lord, and call on his holy name, and watch and pray continually, that ye may not be tempted above that which ye can bear, and thus be led by the Holy Spirit, becoming humble, meek, submissive, patient, full of love and all long-suffering; Having faith on the Lord; having a hope that ye shall receive eternal life; having the love of God always in your hearts, that ye may be lifted up at the last day and enter into his rest\” (Alma 13:27-29).