The Potential of Mankind 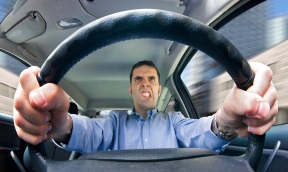 Several years ago I wase driving through a town with a lot of traffic. I wasn’t really in the best of moods and it seemed every car on the road was out to irritate me even more. Living in a college town brings the added dimension of young drivers who feel speed and continuously changing lanes is a required driving skill. Do they really think there is room to pull in front of me or do they just not realize half the car is actually behind the drivers seat? After what must have been several inappropriate, and possibly illegal, vehicular actions, my poor mood got the best of me. Slamming on the brakes as a young lady pulled out in front of me, I yelled out to myself, “Are you sure these people can become gods?”

The Psalmist proclaimed, “Ye are gods; and all of you are children of the most high” (Psalm 82:6), and the Apostle Paul declared on Mar’s Hill in Athens, “For we are also his offspring” (Acts 17:28). “The Spirit itself beareth witness with our spirit, that we are the children of God: and if children, then heirs; heirs of God, and joint-heirs with Christ” (Romans 8:16-17). The Prophet Joseph taught, “If men do not comprehend the character of God, they do not comprehend themselves” (Teachings of the Prophet Joseph Smith, p. 343). So here we are, children of perfect Parents and heirs who have the potential to become like Them—-our Heavenly Father and Mother.

The Prophet Joseph explained, “The relationship we have with God places us in a situation to advance in knowledge. He has power to institute laws to instruct the weaker intelligences, that they may be exalted with himself, so that they might have one glory upon another, and all that knowledge, power, glory, and intelligence, which is requisite in order to save them in the world of spirits” (Teachings of the Prophet Joseph Smith, p. 354). Of course, by “weaker intelligences” he meant the young lady who pulled out in front of me! But in reality, it appears that all who live on this earth are in the same basic, imperfect situation. Hence the need to “advance in knowledge.”

“Here, then, is eternal life,” added the Prophet Joseph, “to know the only wise and true God; and you have got to learn how to be Gods yourselves, and to be kings and priests to God, the same as all Gods have done before you, namely, by going from one small degree to another, and from a small capacity to a great one; from grace to grace, from exaltation to exaltation” (Teachings of the Prophet Joseph Smith, p. 346-347). So here we are, moving step-by-step towards perfection through the eternal Plan of Salvation—learning from life and our Temple covenant experience how to reach our full potential.

In the parable of the talents, one man was given five talents, another two, and to a third, one—“according to his several ability” (Matthew 25:15). Each of us has chosen to come to earth, forgetful of who we truly are, and given different opportunities and experiences in life. To one is given wealth, or perhaps great talents in the arts, and to another average abilities and a middle income family. To a third may come great poverty, the lack of freedom or education. Each of the billions of people on this earth chose to come here in whatever capacity or opportunity we were given to benefit our progression. In the parable, one took his great opportunity and “went and traded” and developed greater wealth and value. The second, with less opportunity, also developed greater wealth and value. Both were “good and faithful servant(s)” and were made rulers “over many things” and entered into the “joy of thy lord” (Matthew 25:21, 23). It didn’t matter where they began or the amount each was given, only that they increased the wealth and value. Each received a reward.

The third man was also was given the opportunity to increase, but instead, fear drove him to bury the talent so it did not increase, not even the small amount a usury would have paid. Because he did not increase, did not grow, the lord said, “cast ye the unprofitable servant into outer darkness” (Matthew 25:30). He did not take the opportunity to increase and was condemned. This is a great lesson to us about opportunity, responsibility, and what we must become during this earth life. It is important that we learn who we are and move forward, growing, learning, becoming, that we may each hear the words, “Well done, thou good and faithful servant: thou hast been faithful over a few things, I will make thee ruler over many things: enter thou into the joy of the lord” (Matthew 25:21, 23).

In the October 2003 General Conference, Elder Richard G. Scott said about today’s youth, “Their potential for personal growth and positive contribution is enormous. As parents and leaders, how are you cultivating that potential? As a young man or woman of this generation, what are you doing to realize your extraordinary potential? Will you nurture it and rise to exceptional heights of accomplishment and happiness? . . . With all my capacity I encourage you to discover who you really are. I invite you to look beyond the daily routine of life. I urge you to discern through the Spirit your divinely given capacities. I exhort you to prayerfully make worthy choices that will lead you to realize your full potential.”

The Prophet Joseph taught, “When you climb up a ladder, you must begin at the bottom, and ascend step by step, until you arrive at the top; and so it is with the principles of the gospel—you must begin with the first, and go on until you learn all the principles of exaltation. But it will be a great while after you have passed through the veil before you will have learned them. It is not all to be comprehended in this world; it will be a great work to learn our salvation and exaltation even beyond the grave” (Teachings of the Prophet Joseph Smith, p. 348).

To my question yelled in frustration that difficult morning, yes, we do have the potential to become like our Heavenly Father and Heavenly Mother. Each of us! We are children of God! Each of us is heir to a Heavenly throne! We are all brothers and sisters. As I yelled out that morning the thought came to mind that the young girl, and everyone else who was alive that morning, was indeed a child of God. Each was loved, had unlimited potential, and a purpose for being on earth. “Oh how I wish you could see them as I do,” came the thought to my mind. Humbly I prayed that I could. I have so much to learn and grow.