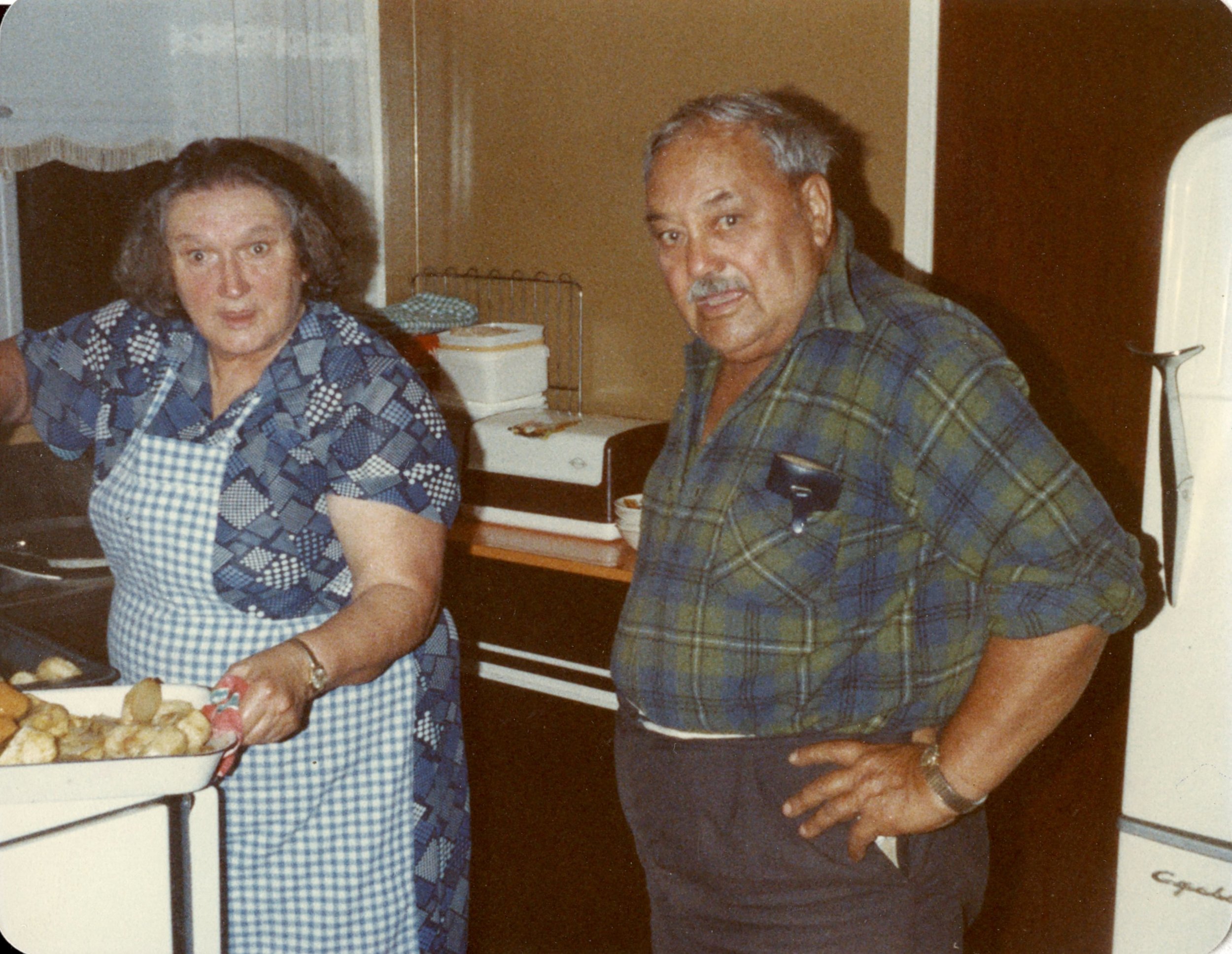 Before my mission I had heard the stories of people saving up their tithing money in a jar hidden somewhere, and when the missionaries would come, they would give it to them to deliver to the proper Church authorities. I was amazed at the faith and trust of the person in the story paying their tithing and longed to meet someone like them on my mission.

In a small town on the west coast of the north island of New Zealand lived just such a lady. She and her husband had served as building missionaries in the 1950\’s at the temple near Hamilton. Now, many years later, they were living in a nice but humble home on the beach in Waitara enjoying retired life. Her husband had become less active, keeping her from regular attendance at her meetings in the small branch of the Church at Waitara. We visited often and had many a fine Sunday meal fixed by her wonderful and loving hands. One meal, carefully prepared, filled our plates with veggies and a delicious tasting meat. With a twinkle in his eye, Brother McKenzie asked us how we were enjoying the meal. After the typical missionary zeal expressed as we consumed the food, he calmly told us it was wild goat that he had killed in a hunt the day before. We paused just long enough for the statement to sink in, but quickly resumed eating as we enjoyed every morsel of the meal. He later took my companion and I eeling, which is another story for another time. Brother McKenzie was a good man; his wife was an angel.

One Sunday as we were leaving one of her wonderful dinners, she cautiously stopped me and quietly handed me an envelope. As my companion was enjoying her husband’s attention, she whispered to me that she needed me to take her tithing to President White, the Branch President, so that she could be a full tithe payer. In shock, I graciously accepted and felt honored to deliver the envelope full of cash and change to a grateful branch president. President Bill White later explained that in his inactivity, Brother McKenzie was not too keen on paying tithing, but his faithful wife always found a way to pay hers on her small retirement benefit. I freely admit to a few tears as I felt extremely blessed to share in the faithfulness of this great, wonderful sister.

Brother McKenzie soon was reactivated and my understanding is he died a few years later in full fellowship having served in the Branch Presidency. On a return visit to New Zealand several years after my mission, I visited Sister McKenzie and shared with her my appreciation and love for her faith, testimony, and the wonderful meals served at her table. I shall never forget the McKenzies of Waitara and the lessons learned in their home.

The story is told of Elder J. Golden Kimball, a President of the Seventy many years ago, traveling on a train. An old farmer got on the train, and recognizing Brother Kimball, took a seat beside him. Brother Kimball asked the gentleman if he was paying his tithing. He responded by saying: “Yes, but maybe not the way you would like me to; when I harvest my potatoes, I take the sack to certain widows; when I harvest my fruit, I share some of the crop with them. By sharing part of my harvest, I get a great deal of satisfaction. What do you think of that, Brother Kimball?” J. Golden replied: “It appears to me that you’re having a hell of a good time spending the Lord’s money.” (J. Golden Kimball’s Golden Moments, p. 21-23).

The Church and Kingdom of God moves forward based upon the testimony and faithfulness of its members. One of the surest gauges of our faithfulness is our willingness to follow the Lord’s directions in paying a full and honest tithe. The Lord has directed the Prophet to move forward, in a tremendous way, the building of temples throughout the world. This can only be accomplished as the members faithfully support the mission of the Church. The Lord asks for 10 percent of our increase. It is His, not ours. It is for the building and maintaining of His Kingdom. It isn’t always easy or convenient to give a full tithe, especially with so many needs in our families, but the Lord has promised blessings to those who do heed the commandment and willingly obey. “The blessings we have been promised are both material and spiritual. If we give willingly Heavenly Father will help us to take care of our daily needs for food, clothes, and shelter. He will also help us grow ‘in a knowledge of God, in a testimony, in the power to live the gospel and to inspire our families to do the same’ (Heber J. Grant, Gospel Standards, p. 58). Those who pay their tithes and offerings are greatly blessed. They have a good feeling that they are helping to build the kingdom of God on the earth” (Gospel Principles, p. 199-200).

May we remember the faith of the Sister McKenzie’s, the testimony of the J. Golden Kimballs, and the promises of the prophets, and desire to stand beside them in faithfulness and determination to obey the Lord’s commandment on tithes and offerings