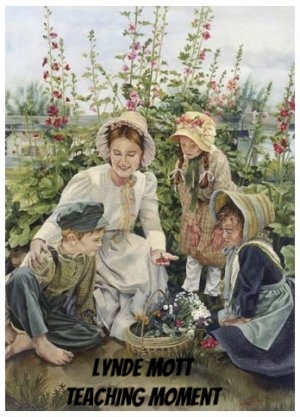 The Prophet Joseph Smith taught, \”Happiness is the object and design of our existence; and will be the end thereof, if we pursue the path that leads to it; and this path is virtue, uprightness, faithfulness, holiness, and keeping all the commandments of God. . . . In obedience there is joy and peace unspotted, unalloyed; and as God has designed our happiness-and the happiness of all His creatures, he never has-He never will institute an ordinance or give a commandment to His people that is not calculated in its nature to promote that happiness which He has designed, and which will not end in the greatest amount of good and glory to those who become the recipients of his law and ordinances\” (History of the Church, 5:134-135).

While living in the Promised Land, Nephi had been chosen by his father, Lehi, to lead the small family group after Lehi\’s death.  Nephi admonished his family to live the gospel and obey the commandments of the Lord.  His older brothers, in particular Laman, who was the oldest, had become angry with Nephi\’s leadership.  The fragile peace in the family, that existed while Lehi was alive, had been shattered with his death.  Laman was exerting his leadership among a portion of the family in defiance of Nephi. He taught them that Nephi\’s leadership was causing \”much trial\” and that he no longer wanted to be ruled by his younger brother.

Nephi continued to admonish his brethren and their families and to lead them in the worship of their God.  He found encouragement and strength in studying the scriptures and sought peace through family and personal prayer.  Anger and disagreement continued to divide the family until the tension became too great.  A decision had to be made for the peace and safety of Nephi, his family, and those who believed the teachings of the Lord.

After having cried \”much unto the Lord,\” Nephi was warned to take his family and those who would follow him into the wilderness.  I can imagine the smirks and comments made by Laman, and those who followed him, as Nephi began to prepare to leave the family village.  They prepared their tents, gathered their animals and flocks, seeds and tools, and other supplies.  Nephi gathered the sacred records and other items given him by his father including the Liahona.  There must have been great hope and joy among those who prepared to leave the tension and persecution of the land of their first inheritance and move to a place where they could worship their God and live in peace.  It appears that about one third of the family–the families of Laman, Lemuel and some of the sons of Ishmael–remained, and two thirds-the families of Nephi, Sam, Zoram, Jacob and Joseph, Nephi\’s sisters, and all those who desired to live the gospel–left and went into the wilderness.

Laman must have shouted in victory as Nephi and those who followed him walked down the path out of their village.  He was now in control.  He was free from the pressure of Nephi, the gospel, and the commandments of God.  However, Nephi records that their freedom led them to \”become an idle people, full of mischief and subtlety, and did seek in the wilderness for beasts of prey\” (2 Nephi 5:24).  Instead of building upon their own skills and providing for themselves, their so-called freedom resulted in the need for them to take from what the land provided.  This would later result in war and contention with the people of Nephi, and perhaps others who lived in different areas of the land.

Nephi and his people traveled many days into the wilderness, perhaps led once again by the Liahona to find a place they could build a city, a place of righteousness, a Zion. After being led to a suitable place, those who followed Nephi desired to call the land Nephi after their righteous Prophet-leader.

Nephi records that \”we did observe to keep the judgments, and the statutes, and the commandments of the Lord in all things, according to the law of Moses.  And the Lord was with us; and we did prosper exceedingly\” (2 Nephi 5:10-11).  They lived the gospel.

Nephi and his people \”did sow seed, and we did reap again in abundance.  And we began to raise flocks, and herds, and animals of every kind\” (2 Nephi 5:10-11).  They learned the value of work and provided for the needs of their families.

President Spencer W. Kimball taught, \”Work is a spiritual necessity as well as an economic necessity.\”  He also taught, \”It is right to work.  Every man and woman and child should work.  Even little children should learn how to share, to help do the housework and the yardwork, to plant gardens, to plant trees, to pick fruit, and to do everything that needs to be done, because that makes strong characters out of them and builds their faith and character\” (The Teachings of Spencer W. Kimball, p. 359-360).

Nephi had brought the records of brass (2 Nephi 5:12) because he knew they \”could not keep the commandments of the Lord according to the law of Moses, save they should have the law\” (1 Nephi 4:15).  They studied the scriptures.

President George Albert Smith taught, \”These scriptures are all important and should be understood by the Latter-day Saints. . . I call your attention to the fact that these are precious truths, and they contain the revealed word of the Lord printed and published to the world for the purpose of preparing his children for a place in the celestial kingdom\” (The Teachings of George Albert Smith, p. 53-54).

Nephi took the sword of Laban and used it as a pattern and \”did make many swords, lest by any means the people who were now called Lamanites should come upon us and destroy us\” (2 Nephi 5:14).  They prepared for possible difficult days in the future.

President Ezra Taft Benson taught, \”We do not know when a crisis involving sickness or unemployment may affect our own circumstances.  We do know that the Lord has decreed global calamities for the future and has warned and forewarned us to be prepared\” (The Teachings of Ezra Taft Benson, p. 267).

Nephi taught his \”people to build buildings\” and to learn fine craftsmanship with wood, iron, copper, brass, steel, gold, silver, and other materials. (2 Nephi 5:15).  They were taught in both knowledge and skills.

President Gordon B. Hinckley taught, \”Be smart about training your minds and hands for the future. . . . Plan now for all the education you can get, and then work to bring to pass a fulfillment of that plan. . . . I am not suggesting that all of you should become professional men.  What I am suggesting is this: whatever you choose to do, train for it.  Qualify yourselves.  Take advantage of the experience and learning of those who have gone before you in what ever field you choose\”(The Teachings of Gordon B. Hinckley, p. 168-169).

Nephi \”did build a temple\” (2 Nephi 5:16).  They took part in temple worship, making covenants with God under the law of Moses.

President Howard W. Hunter taught, \”I also invite the members of the Church to establish the temple of the Lord as the great symbol of their membership and the supernal setting for their most sacred covenants\” (The Teachings of Howard W. Hunter, p. 238).

Nephi\’s temple was \”after the manner of the temple of Solomon save it were not built of so many precious things\” yet \”the workmanship thereof was exceedingly fine\” (2 Nephi 5:16). They took joy in the quality of their work.  Even though they didn\’t have the \”many precious things,\” they were content.  Contentment is an expression of gratitude.

President Thomas S. Monson has written, \”Think to thank. In these three words is the finest capsule course for a happy marriage, a formula for enduring friendship, and a pattern for personal happiness\” (Pathways to Perfection, p. 254).

Nephi refused to be their king, but agreed to be their ruler and teacher. (2 Nephi 5:18-19).  They were taught principles of free government without the potential problems associated with having a king or aristocracy.

President Brigham Young taught, \”Individual self-government lies at the root of all true and effective government, whether in heaven or on earth. . . . This will apply to great kingdoms and mighty nations . . . or to the home circle\” (Discourses of Brigham Young, p. 355).

Nephi called his two younger brothers, Jacob and Joseph, to \”be priests and teachers over the land of my people\” (2 Nephi 5:26).  They fulfilled their Priesthood responsibilities and shared in callings to teach and serve.

President Lorenzo Snow taught, \”The Priesthood has been restored. It has been bestowed upon man, that through that medium all who would like to be good and happy might have the privilege.  The gospel tells us how to be great, good, and happy\” (The Teachings of Lorenzo Snow, p. 58).

Jacob, in fulfilling his calling as a teacher, adds to our understanding of how they lived in the Land of Nephi.  \”Therefore, cheer up your hearts, and remember that ye are free to act for yourselves-to choose the way of everlasting death or the way of eternal life. Wherefore, my beloved brethren, reconcile yourselves to the will of God . . . and remember, after ye are reconciled unto God, that it is only in and through the grace of God that ye are saved\” (2 Nephi 10:23-24).  They were cheerful and happy because they knew the gospel and had hope in the Savior and His Atonement.  They took responsibility for their own salvation, and knew they were children of a loving Heavenly Father who desires the \”immortality and eternal life\” for all His children.

As we liken the example of Nephi and his family to our day, let us desire to live \”after the manner of happiness.\”  May our homes become safe havens separated from the evils and stresses of the world.  May we learn to love and live the gospel, become educated and learn skills so we can provide for ourselves and our families, learn to work, and prepare for the future.  May we find balance and contentment with what we have and where we are, and with hope, work towards a better future.  May we learn to take responsibility for ourselves while learning to serve others.  Most importantly, may we learn to love the scriptures, seek the Lord in prayer, and enjoy temple worship.

While the temptations, stress and tensions of the world seeks to destroy the peace in our homes and families, we must rely on the quiet whisperings of the Holy Ghost to help us guide and protect our families.  None of us, nor any of our families, are perfect because of the influences of the world and natural man.  Each of us has our agency to choose, and some, as Laman and Lemuel demonstrated, do not choose to live after the manner of happiness.  However, each of us must learn to trust in the Lord. We must trust in His love and Atonement.  We must learn to serve each other at home, and reach out to those around us.  Then, even with the difficulties of family life, we may be able to say, as Nephi of old, our families \”lived after the manner of happiness.\”