Zion Shall Yet Arise 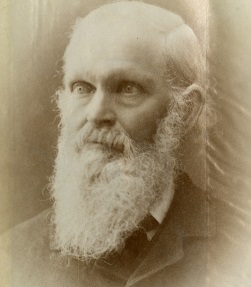 As the mob fled the Carthage Jail after the martyrdom of the Prophet Joseph and his brother Hyrum, “Willard Richards carried John Taylor to the landing of the stairway. Neither of them could believe that their Prophet and their Patriarch were dead. Richards said, ‘Oh Brother Taylor, is it possible that they have killed both Brother Hyrum and Joseph? It cannot surely be, and yet I saw them shoot them. . . .’

“‘I felt a dull, lonely, sickening sensation at the news. When I reflected that our noble chieftain, the Prophet of the living God, had fallen,’ said Elder Taylor, ‘and that I had seen his brother in the cold embrace of death, it seemed as though there was a void or vacuum in the great field of human existence to me, and a dark gloomy chasm in the kingdom, and that we were left alone’” (Joseph Smith and the Restoration, p. 620).

It is recorded that Emma, Joseph’s wife who was four months pregnant, was overcome with grief at the site of her dead husband. “She fainted several times as she approached the bed where Joseph’s body lay. Finally, she walked alone to him. Kneeling, she clasped him around the face and embraced his body. ‘Joseph, Joseph,’ she mourned, ‘have they taken you from me at last?’ Thinking to comfort her, someone said ‘This affliction would be to her a crown.’ Looking up with tears streaming down her cheeks, Emma replied, ‘My husband was my crown’” (Reflections of Emma, p. 36).

Warren Foote joined the Church in the spring of 1842 when he was about 25 and a year later was married. Feeling the call of a Prophet of God, he gathered to Nauvoo and bought a farm nearby outside of Nauvoo. On June 18, 1844, he records in his journal, “Elihu Allen and I were working in the harvest field cutting his wheat when about three o\’clock P.M. my wife came out and told us that word had just come that Joseph Smith and his brother Hyrum was shot in Carthage Jail yesterday afternoon.

“I said at once, ‘that it cannot be so.’ Yet it so affected us that we dropped the cradle and rake and went home. We found that the word had come so straight that we could no longer doubt the truth of it. We all felt as though the powers of darkness had overcome, and that the Lord had forsaken His people. Our Prophet and Patriarch were gone! Who now is to lead the Saints? In fact we mourned ‘as one mourneth for his only son.’

“Yet after all the anguish of our hearts, and deep mourning of our souls a spirit seemed to whisper ‘All is well. Zion shall yet arise and spread abroad upon the earth, and the kingdoms of this world shall become the Kingdom of our God and His Christ.’ So we felt to trust in God.” (Autobiography of Warren Foote, Vol. 1, p. 73)

Elder Brigham Young learned of the martyrdom on July 9th as he and Orson Pratt were staying in Petersboro, New Hamphire on a mission to the eastern states. Brigham records, “The first thing I thought of was whether Joseph had taken the keys of the Kingdom with him from the earth. Brother Orson Pratt sat on my left; we were both learning back in our chairs. Bringing my hand down on my knee, I said, ‘The keys of the Kingdom are right here with the Church’” (Millennial Star, 26:359).

Brigham had remembered an event a few months previous where the Prophet Joseph had spent several days teaching and training the members of the Quorum of the Twelve and giving them their temple endowments. He expressed concern that he feared he would die before having bestowed the keys of the Kingdom on others, but that now he could rest. Elder Wilford Woodruff recalled these words from the Prophet Joseph.

“Now, brethren, I thank God I have lived to see the day that I have been enabled to give you your endowments, and I have now sealed upon your heads all the powers of the Aaronic and Melchizedek Priesthoods and Apostleship, with all the keys and powers thereof, which God has sealed upon me; and I now roll off all the labor, burden and care of this Church and Kingdom of God upon your shoulders, and I now command you in the name of the Lord Jesus Christ to round up your shoulders, and bear off this Church and Kingdom of God before heaven and earth, and before God, angels and men” (Messages of the First Presidency, 3:134).

Brigham Young and other Apostles who were on missions arrived in Nauvoo on August 6, 1844. The next day a meeting was held in the Seventies Hall where Sidney Rigdon presented his claim of the leadership to the leaders of the Church. When Sidney was finished, Brigham Young, as president of the Twelve, stood up and said, “Joseph conferred upon our heads [the twelve] all the keys and powers belonging to the Apostleship which he himself held before he was taken away . . . How often has Joseph said to the Twelve, ‘I have laid the foundation and you must build thereon, for upon your shoulders the kingdom rests’” (History of the Church, 7:230).

The next day, the Twelve, with Brigham Young as President, were sustained by the people of Nauvoo after the miraculous transfiguration of Brigham in the Grove.

While many editors of newspapers announced that Mormonism would fold and disappear with the death of Joseph Smith, the opposite happened. Elder Orson Hyde in a stirring address in Washington D.C. declared, “By shedding the blood of the Prophets, it will make ten Saints where there is one now” (Joseph Smith and the Restoration, p. 631).

Today, we can testify that the Lord has truly blessed His people and that Zion has “spread abroad upon the earth.” That the foundation laid by Joseph has been built upon. President Hinckley in an address on June 27, 1999, the 155th anniversary of Joseph’s death, declared, “We are spread across the earth. We have more people outside the United States than we have in the United States. We are in 160 nations. We are a family of 11 million people and we are moving across the earth. . . . Things are happening in a marvelous and wonderful way. . . . We have only begun. This is only the early time of the great expansion of this work. God is blessing His kingdom in the earth and we are spreading across the world with power and force, building faith in the hearts and lives of people everywhere. How wonderful it is!” (Church News, July 3, 1999, p. 7)

How wonderful it truly is! The Lord through His prophet is encouraging the Saints to catch the vision of the restoration of His Church in the latter days through the Prophet Joseph Smith. Zion will arise and continue to spread across the earth until the Lord says the work is done. While it is important to catch the vision of the future of the Kingdom of God, it is just as important to remember that the Kingdom is only important as each member within the Kingdom.

We have the opportunity to take part in the great work of the Lord each day as we raise righteous families,support missionaries, pay tithing, share the gospel with others, teach nursery, attend to our temple work, and minister and serve those around us. Let each of us catch the vision of the Church through the eyes of Him whose Kingdom it is.